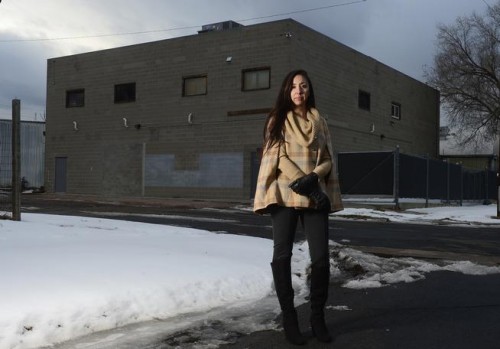 22, 2015. (Brent Lewis, The Denver Post) The Denver Post used a city database of more than 600 marijuana business licenses to examine where industry growth has occurred and which neighborhoods faced the biggest transformations. Facilities that grow recreational pot have concentrated along the I-70 corridor to the north and the Santa Fe Drive and I-25 corridors to the south, in neighborhoods where residential and light industrial areas mix. Other marijuana-related businesses medical dispensaries, retail outlets and marijuana-infused-product factories have pocketed along thoroughfares such as Colfax Avenue, Federal Boulevard and Broadway, the analysis shows, and the neighborhoods that surround them. Many low-income neighborhoods are next to industrial sites. Thats just the lay of the land, said Charlie Brown, a former Denver city councilman who led committees that studied and recommended rules on where the businesses could go. To change the rules today is tricky. Neighborhood residents and business leaders say theyve been concerned since the beginning that Colorados new marijuana industry would settle into their backyards and that communities of color and lower incomes would see a disproportionate share of those businesses. You would think weve borne our fair share already, said Candi CdeBaca, a member of the Cross Community Coalition in Globeville and longtime resident there. Her home in the family since her great-grandfather faces a large marijuana grow operation.