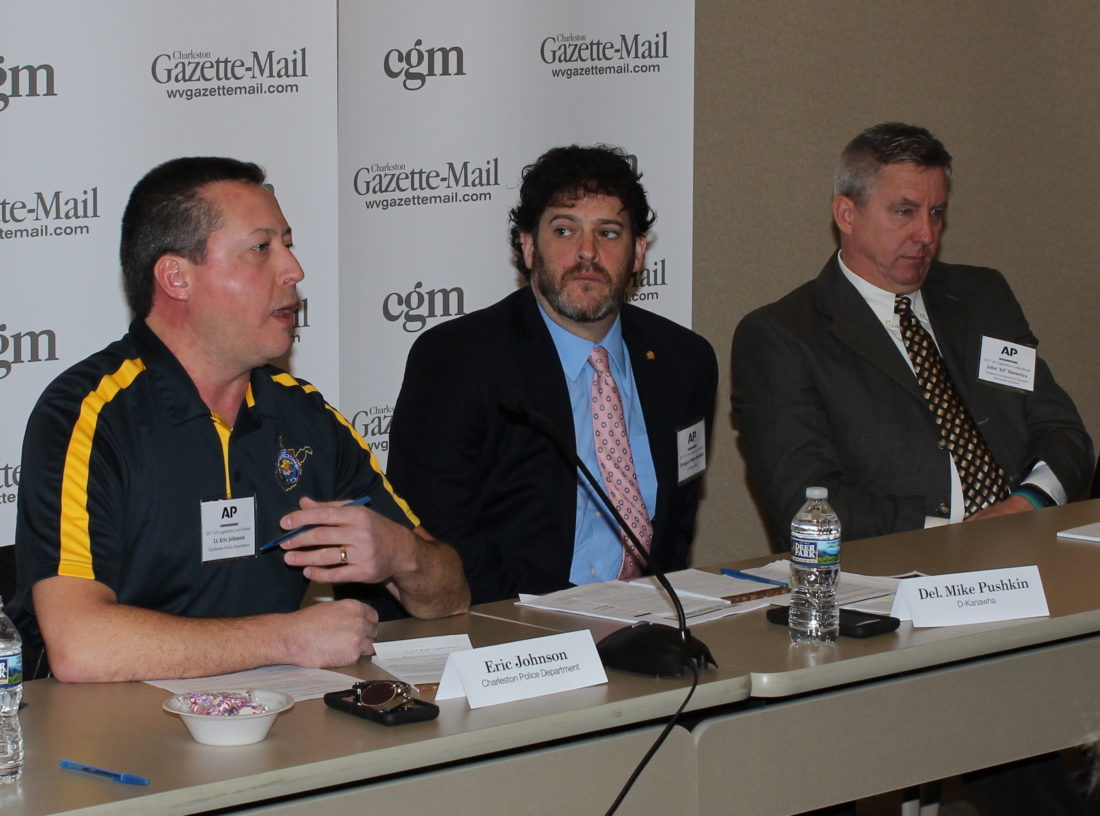 Marijuana Stocks Walker, W.Va. Press Association
Explaining their views, from left, are Eric Johnson of the Charleston Police Department; Delegate Mike Pushkin, D-Kanawha; and John “Ed” Shemelya, national coordinator of the National Marijuana Initiative.’ /> Thats why I believe we should have the discussion about medical marijuana. When you get a phone call from a veteran who came back from Iraq with a whole laundry list of drugs they were prescribed by their doctors and now theyve replaced that with one drug thats illegal, now theyre a criminal because theyre treating the ailments theyve received, treating the injuries theyve received in the way, and its hard to argue with that. Bragg who founded West Virginia Green is the New Black, an organization that educates and promotes the potential cultural and economic benefits of marijuana legalization echoed Pushkins sentiments. The most important thing for me is if medical marijuana can help someone. I have three kids, none of them have seizures, no (multiple sclerosis) Im very fortunate to not be dealing with that, but I have spoken to people that do, Bragg said. Ive seen the people that are dealing with this, and when you see a child go from 500 seizures in a month to 10 or 15 after trying 13, 14, 15 different pharmaceuticals and nothing working, I dont think its fair for us to stop that parent from being able to have the same opportunity here. While Wilson didnt comment directly on the potential benefits of medical marijuana, he said it may seem like an advantage for the state to legalize marijuana but it could come with problems in disguise. I understand one thing, and thats that all that glitters is not gold, and sometimes, if addiction is a disease I believe that its not the drug that determines whether someones an addict, its the relationship to the substance, Wilson, who has been in long-term recovery since 1988, said. People can have problems with anything. I dont think that if it was legalized it would change the landscape of treatment. In treatment, we deal with the disease of addiction that isnt specific to the drug. Law Enforcement Perspective Johnson, who has over 26 years of law enforcement experience, said decriminalizing or outright legalizing marijuana could pose issues for police and West Virginia residents.